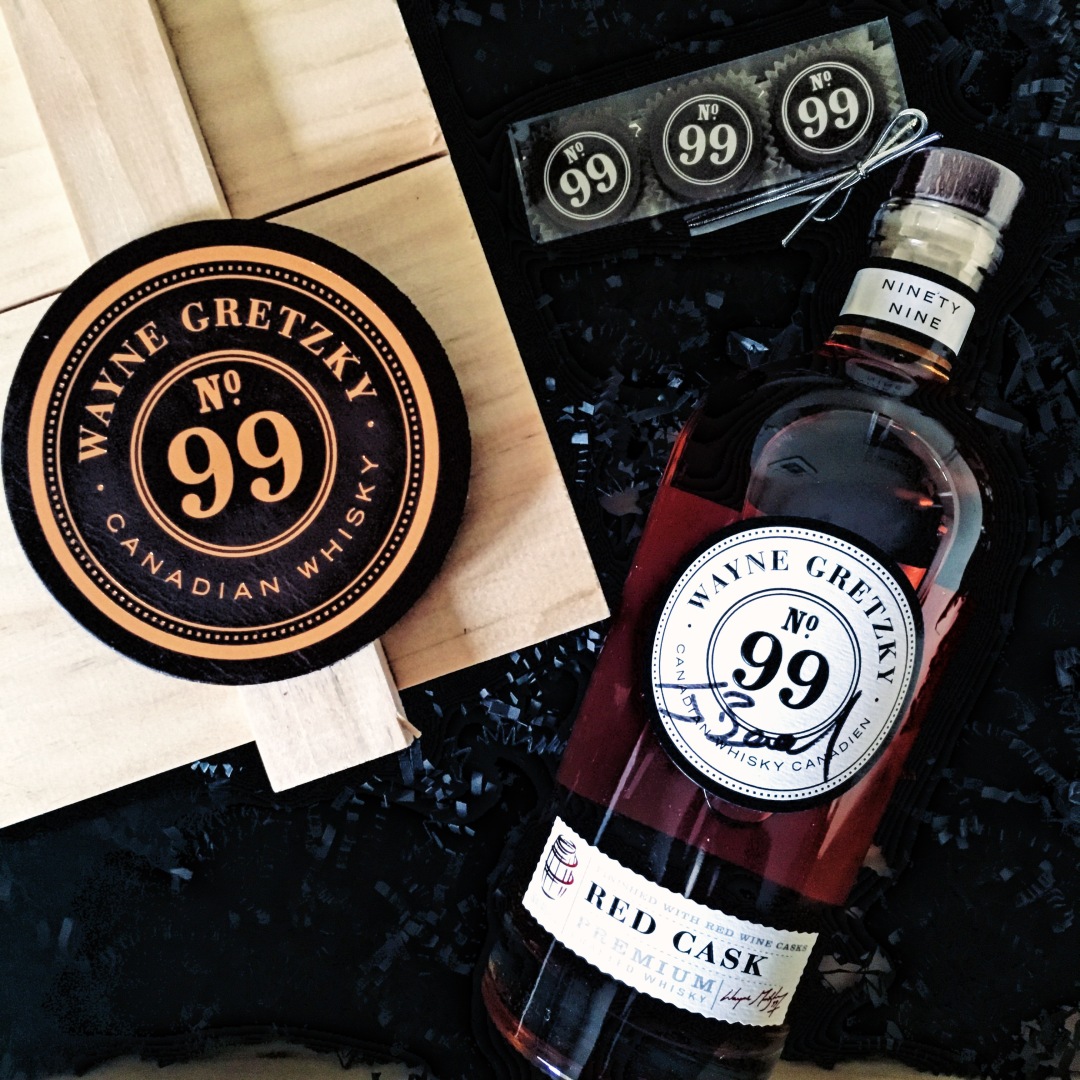 True to its name, the distillery is an ode to the Canadian legend, Wayne Gretzky, with an outdoor skating rink next to the vineyard, an outdoor whisky bar and a modern yet cosy dining room for hosting corporate events and wine tastings.

When we arrived at the distillery, we were welcomed with Pumpkin cocktails made by on-site mixologist Zac Kvas. The cocktails were created using pumpkin and cinnamon infused Wayne Gretzky Ice Cask Whisky plus a shot of Wayne Gretzky Red Cask Whisky paired with home-made vermouth and Dillon’s bitters. The cocktail tasted very similar to a spiked Pumpkin Spice Latte and pumpkin infused whisky is surprisingly delicious! (Stay tuned for our Winter Cocktail Roundup for infused whisky recipes)

Our stay began with a cocktail mixology class with Zac which included smoking hickory into Wayne Gretzky 99 Proof Whisky and also creating cocktails with lavender syrup. This was followed by a fun and interactive dinner with wine and cocktail pairings for each course. Each diner got to vote for the best pairing (either wine or cocktail) and the loosing sommelier/mixologist had to drink from a boot while the winner drank from a miniature Stanley Cup in true Gretzky fashion! Though the wine was very thoughtfully chosen, the cocktail paired with our lamb entree stole the show. We were served an unassembled hickory smoked glass, a glass of whisky with honey syrup with mint on the side. Refreshing mint flavours with a bit of smokiness!

The following day, we had a winery tour conducted by Craig McDonald, head winemaker and Vice President of Gretzky Estate. Craig walked us through the fermenting process and let us sample some wine from the barrels. Similar to whisky, wine develops part of it’s character from barrels. Additionally, it also develops flavours from the grapes used and the yeast. As the yeast metabolises the sugars from the grapes, it produces alcohol.

We had the opportunity of touring the whisky distillery with Master Distiller Joshua Beach. Josh holds a Masters in distilling from Heriot-Watt University in Scotland (the same alma mater as Dr. Don Livermore of J.P. Weiser and Lot 40).

In the past decade, there has been a huge influx of whiskies being finished in different casks. This is because for whisky, wood play a huge role in the character of the whisky. Many distilleries will import port, brandy or even soak barrels in beer, however, most of the time, the exact previous inhabitant of the barrels are not publicized. One thing that is very neat about whiskies made at the Gretzky Estate is that the barrels used the finish the whiskies are from their own wines.

Along with the two main expressions, the estate has some special releases such as the 99 Proof which is bottled at 99 proof (44.5% ABV), Wayne Gretzky Canadian Cream and also Estate-exclusive small batch wine spirits. There are currently three artisanal craft wine spirits for sale at the distillery: Vidal, Muscat and Rose. Unlike traditional spirits, these are distilled at a lower ABV which allows the sweet and delicate flavours from the grapes to shine through – perfect for cocktails!

Thank you Wayne Gretzky Estate for the amazing visit! It was such a treat to be able to see how whisky and wine is made.

Hailing from Alberta, Grayce is an avid home cook and one busy young professional pursuing her dream in Toronto. She loves toy poodles, succulents and dessert. Follow her on Instagram @MousseTaco to see what she's eating. View all posts by Grayce